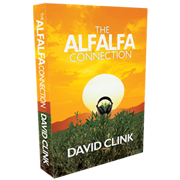 ABDUL MOSSAD THOUGHT he was assimilating quite well into American society… until the 9/11 attacks. A few years later,  Mossad becomes the victim of a terrifying, racially-motivated assault that leaves him broken, humiliated and hellbent on the retaliatory destruction of the United States.

Using a breakthrough scientific discovery in the form of the world’s first “organochip,” Mossad patiently gathers and distributes America’s once best-kept secrets. Each loss striking at the core of the American economy.

When the leak is discovered, an elite team is assembled to end Mossad’s personal jihad before more damage is done.  But, despite the Hero Squad’s best attempts, it may already be too late. Can they save the country from Mossad’s revolutionary weapon?

E-BOOK: Now available for the Kindle on Amazon.com